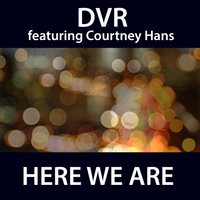 Olav Christensens DVR project is back and this time with a little help from his freinds. Courthey Hans is featuring on vocals and Justin Chamberlin on guitar. 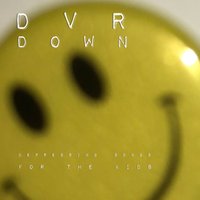 On the ep "Down" the only musician is Olav himself. In fact everything on the ep is made by Olav. Writing, playing, singing, recording, mixing, mastering, coverart, artist photo. Everything.

Last year we released "Low" and "Precious Little Time" as a singles, and had some nice airplay around the globe, and ended up on hitlists in both Australia and South Africa. 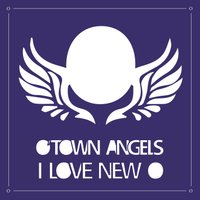 Simply listen to I Love New O, and you will hear a catchy pop song that is full of beautiful surprises. Once you have lifted the lid, it is hard to put it back in the box.

If you delve deeper into the lyric, you will find that it is all about the Danish town of Odense. Odense might have taken its name from the Nordic god Odin, but it is more famously the birthplace of Hans Christian Andersen.

With past glories and new development, Odense is a place where things happen.

Through O'Town Angels, I Love New O celebrates the town's wealth of stories and it's bright future. Sing along and make it loud !

Morten K about the songs... 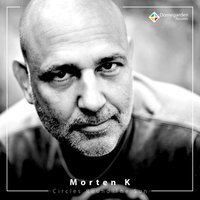 CIRCLES ROUND THE SUN

There is no doubt that one of the greatest experiences that a person can have, is children. Although children are part of you, they are not something you own. Children are unique in their own right.

CIRCLED ROUND THE SUN is about all those thoughts you have when you instinctively fall in love with your newborn baby. Do you want to know me when you grow up? Will you help me if I am in need?

CIRCLES ROUND THE SUN is written by Morten K and his long-time songwriting partner Jeff Rycroft. With four and three children respectively, they know a great deal about the pleasures and concerns of having children.

The pulse in the number is the heartbeat of a child, and the reggae-inspired melody is based on that pulse. There's a fresh feel to the music, as it rolls along in time with the pulse. You could say "the pulse of life" 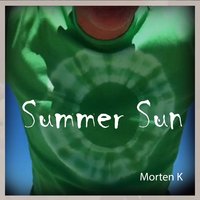 I’m a huge fan of Summer, and though Jeff’s pale and english, and often prefer to hide himself in the shade, he can relate to my addiction to summer and sun. That’s what Summer Sun is about. How we used to be kids having fun in the sun, and how we enjoy to see our own kids share the same joy.

I wrote the music on a summers day back in the previous century with guitarist Kasper Olsen. I started off with a kind of danish lyric, and sent a cassette tape to Jeff – yes that’s how we did before the internet. A short while after I got a postcard from Jeff with the most beautiful lyric. He wrote it on a holiday in Portugal.

Kasper is playing most guitars and the mandolin. Jon Kjærran takes care of the acoustic guitars. Jesper Haugaard plays the Bass. To make the song feel right, I had the idea of making the song a duet, and I asked my oldtime friend Jesper Hempler to join in – as he also has got this fascination of – among others – Finn Brothers/Crowded House.

We’ve been working with the mix over the past month, and has ended up with a track that sounds just the way I’ve always wanted it to be.

Like Summer Sun, Free has got a feeling of flying in the chorus. It’s a song to help everybody with a bad day, remembering that all the good things may come true, if you dare to dream it, and that maybe sometimes other people’s dreams can be a perfect dream to be a part of.

YOU TOOK MY TIME

I went to school in the mid 70’s. I didn’t hate it – I just didn’t like it very much. I wasn’t the sporting type. You know what I mean – not much good at football or running and never quite bright enough to be the teacher’s pet. This always made life kind of hard, so my room and my music was my domain…. tunes on my imaginary tiny blue piano.

“You Took My Time” actually started with my eldest daughter Marie, banging out a little tune on a xylophone, the main hook line in the song. We just made it into something special, though writing about that time at school was hard.

THROUGH THE EYES OF A CHILD

We tend to go back to our own childhood to look at the world from that perspective, sometimes thinking of our own kids. As most other kids, we’ve had ups and downs, but we’ve both seen kids having a harder time than we did. This is a song for them.

SEARCHING FOR THE SIMPLE THINGS IN LIFE

You could say that this is a hymn to our wonderful wives and their lovable ever changing moods. Need I say any more?

This is the song about Jeff and I. How we meet in a house in Stamford Hill in the north of London back in the eighties, and how we’ve kept on writing songs together, knowing that we were destined to write songs this way for all our lives.

A classic Christmas song about the urge you have to be with your loved ones at Christmas.